Share a memory
Life Story & Services
Tribute Wall
Read more about the life story of Warren and share your memory.

Elkhart: Warren A. “Farmer” Rusk, 94, passed away peacefully Saturday evening, January 21, 2023, at his home. Warren was born on February 14, 1928, in Hammond, IN to the late Forrest and Floss (Wood) Rusk. Warren married Maxine Major in July of 1964. She died on December 2, 1996. Surviving is a daughter Lyn (Kermit) Fisher, son Richard “Rick” Dierickx; 10 grandchildren, 6 great grandchildren; one great great grandson; as well as his caregiver Jan (Barry) Sauer.

In addition to his wife Maxine, a brother Duane Rusk and grandson Kraig Fisher preceded him in death.

Warren was the former owner and operator of Keline Manufacturing in Elkhart, a company he started and ran for 15 years, selling the business and retiring in 1991. Warren proudly served his country in the U.S. Army during the Korean Conflict from 1952 until his honorable discharge in 1954.

Warren was very active in many organizations and clubs, including: Life member of the Elkhart Jaycees, Goshen and Elkhart Moose Lodges, Tyrian Lodge #718 F & AM, Valley of South Bend Lodge of Perfection, Mizpath Hospital Unit, Elkhart Shrine Club, International Association Shrine Yacht Club, DAV and the American Legion, and past member of the Evening Optimist Club.

Services celebrating the life of Warren A. Rusk, will begin at 3:00 p.m., with visitation from 1:00 p.m. until service time on Thursday, Jan. 26, 2023 with a Masonic service, by Tyrian Lodge #718, followed by military honors by the U.S Army Funeral Honor Guard and Elkhart Veterans Military Funeral Honors Detail. Funeral services will follow all at Billings Funeral Home, Elkhart, officiated by Rev. Keith McFarren. Burial and graveside services will begin at 11:00 a.m. Friday, January 27, at Milford Cemetery. In lieu of flowers, memorials are kindly requested to the Chicago Shriners Hospital for Children.

Condolences may be made online at www.billingsfuneralhome.com

To send flowers to the family or plant a tree in memory of Warren Albert Rusk, please visit our floral store. 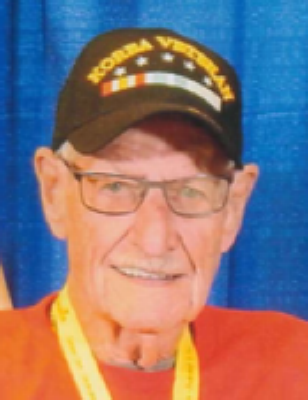