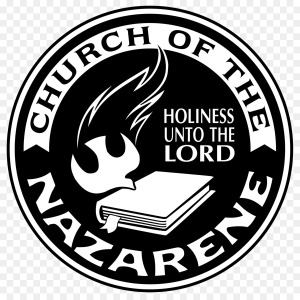 The Reverend Oscar Herman Sheets, 88, of Middlebury and formerly of Elkhart, peacefully left this world to rest with his Savior on Tuesday, November 17, 2020 at 5:03 am at Goshen General Hospital following a brief illness. He was born on August 25, 1932 on his parent’s homestead in Cambria, (Clinton County) Indiana to the late Oscar Hoyt and Catherine Mildred (Schimmel) Sheets. On September 9, 1951, he married the beautiful Doris M. Hammersley in Frankfort, and they remained faithfully in love for the next 65 years. Oscar would always sign his letters of affection to Doris using his middle name and would always spell it “her man”.  She remained his loving companion until July 27, 2017 when she preceded her man in death.

Surviving are his children, the Rev. Jerry (Susan) Sheets of Deputy, IN, the Rev. Larry (Connie) Sheets of Columbia City, IN,  Susan “Jill” (the Rev. Rick) Rice of Traverse City, MI, and the Rev. Gary (Kim) Sheets of Middlebury, IN. Also surviving is a brother, David (Sharon) Sheets of Frankfort, IN; 12 grandchildren; 13 great grandchildren, and a host of extended family, friends, church family and a slew of truckers and Amish people that drove along US 20 that he always waved at from his front porch. He is also preceded in death by a granddaughter, Jessica Marie Sheets. Now, in case you didn’t notice, there is an abundance of ministers in the Sheets family. Not only are all of Oscar’s children enthusiastically involved in the ministry, but many of his grandchildren are as well. This singular fact was considered Oscar’s crowning milestone in his life, and he was very, very proud of his family’s collective walk with God.

Billings Funeral Home of Elkhart will host a gathering of friends and family on Monday, November 23, 2020 from 4-6 pm. On Tuesday, November 24, a private family service will be held at the Northside Church of the Nazarene in Elkhart. Oscar’s son-in-law, the Rev. Rick Rice will officiate, and burial will follow at Kilmore United Methodist Cemetery in Frankfort, IN. Due to the increase in COVID 19 cases in northern Indiana, admission into the funeral home during Monday’s visitation may be limited. Additionally, although the service at the church is private, you may tune in to Facebook Live at the Elkhart Northside Church of the Nazarene’s Facebook page and watch the service streamed live at 11:00 am on Tuesday. The graveside service in Frankfort is public for those interested in attending and will begin promptly at 3 pm on Tuesday following the private service.

Oscar spent 52 wonderfully blessed years as an ordained Nazarene minister. He knew at an extremely young age that God had something special planned for him, and he had always wanted to be a minister for as long as he could remember. His destiny with the Lord took over full force after he graduated high school in Frankfort and attended Olivet Nazarene University in Bourbonnais, IL, graduating with a BA in divinity. His first ministry was in his hometown at the Frankfort Church of the Nazarene, where he served as the Minister of Music, playing the trumpet and directing the church choir. From there he went on to serve as Senior Pastor at the Salem Church of the Nazarene in Arcadia, IN; the Forest Lawn Church of the Nazarene in Kokomo, IN…(let’s pause for an interesting side note:  it was in this church that Oscar was officiating the Sunday evening worship service on Palm Sunday, 1965. Up unto the day of his passing, Oscar was absolutely certain that God Himself told Oscar to tell the congregation to get out of their seats and take cover under the pews that evening, which he did. Seconds later, the church was completely destroyed by one of the infamous Palm Sunday twin tornados that ravaged at least 5 states that weekend. Although the roof had completely caved in, the pews had sheltered the congregation and not one single person was hurt thanks to God’s intervention through Oscar )… continuing on, the Winamac Church of the Nazarene in Winamac; Mishawaka First Church of the Nazarene in Mishawaka; Lafayette First Church of the Nazarene in Lafayette, and, finally, to the Northside Church of the Nazarene in Elkhart. It seemed that the Elkhart church had just suffered a tragic and heartfelt loss with the untimely passing of their beloved pastor in an automobile accident. For both Oscar AND the church, it was a case of being in the right place at the right time, and he and the congregation grew to love each other deeply, as Oscar seemed to effortlessly fill the stark void left by the loss of their former pastor. He was the perfect fix for a broken church, and he went on to serve there for 17 blessed years. He also returned to his beloved Alma mater Olivet, where he gave many years of honored service seated on their board of trustees, as well as serving many years as the Vice-Chairman of the Northeast Indiana District Church of the Nazarene until his retirement in 2000.

Retirement. So many meanings to so many different people. After Oscar “retired”, he became a clerical “pinch-hitter”, performing long-term interim pastoring at Nazarene churches in Kendallville, Shipshewana and in Pickford, MI up in the U. P. However, his most influential gift he made in his retirement years was to assist his son Gary in the formation and founding of the Middlebury Community Church, where he remained a regular helper at the church and Gary’s most loyal congregation member in a church that continues to grow today.

But Oscar wasn’t all work and no play. He just loved being a pastor. On days where his family was able to drag Oscar away from his responsibilities, he reveled in spending time with everyone and being outdoors. He was quite the avid antique picker and enjoyed searching for Hammersley China with his son Jerry. He absolutely loved Walleye fishing and, even in his 80’s, loved to join his son Gary on Lake Michigan to fish for Salmon or casting for Steelhead with his son Larry in the St. Joseph River near Mishawaka. Anytime the grand or great grandkids came by was a big deal to Oscar, and he would always look forward to his annual trips to Florida with his daughter, Jill. In fact, just a month ago, Jill was able to take Oscar on a brief trip to visit all of his sons and even some other family members that he hadn’t seen in a while, for which he was very thankful. At home, he loved to mow, tend his garden and feed all of the farm animals, ducks, geese and wild songbirds (which were ALL close friends). After chores, he would always assume his perch on the front porch so he could wave at the passing traffic. If he could get a few truckers to blow their airhorns at him, it was a good day. Also, the family has all agreed that Oscar went out with a bang because he got to see his beloved Fighting Irish beat the pants off of Boston College just before he passed. In fact, one of Oscar’s favorite memories occurred at Notre Dame stadium, where he personally met Billy Graham as well as Johnny and June Carter-Cash during a Billy Graham Crusade staged there.

Finally, the family wishes to thank everyone who has made a positive influence in Oscar’s life. Whether you were his friend, made him smile or laugh, helped him do something, did him a favor or lend him a hand in his later years, thank you. Also, an additional thank you to his close friend Murlene Oesch for her compassionate friendship extended to Oscar over the past two years. In lieu of flowers, the family has requested that memorials in Oscar’s name be given to the Middlebury Community Church Children’s Church Remodeling Project. Thank you and God Bless you for your interest in Oscar’s life story.

To send flowers to the family or plant a tree in memory of The Reverend Oscar H. Sheets, please visit our floral store.

You can still show your support by sending flowers directly to the family, or by planting a memorial tree in the memory of The Reverend Oscar H. Sheets
Share a memory
© 2022 Billings Funeral Home. All Rights Reserved. Funeral Home website by CFS & TA | Terms of Use | Privacy Policy | Accessibility