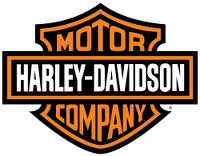 Terry was born on July 1, 1951 to the late Phillip Kyle Smith and Opal Arlene (Rummel) Smith in Elkhart, IN. He is preceded in death by his parents.

Terry was a graduate of Penn High School. He honorably served his country in the U.S. Air Force during Vietnam. Terry was a security guard in the area for many years. He was a huge Jimtown sports supporter. Terry enjoyed crossword puzzles, playing video games and a food connoisseur. He also admired Harley Davidson motorcycles.

Per Terry’s wishes, there will be no visitation and services and he will be cremated. He will be laid to rest at West Goshen Cemetery at a later date.

To send flowers to the family or plant a tree in memory of Terry Kyle Smith, please visit our floral store.

No services to be held