Read more about the life story of TSGT Jerold "Jerry" and share your memory.

Mr. Jerold E. “Jerry” Bergerson, 75, of Elkhart, peacefully passed on from this life into the next on Saturday, November 19, 2022 at the Raclin House Center for Hospice Care in Mishawaka just after 4 pm. He was born in Elkhart on March 23, 1947 to the late Russell Eugene and Evelyn Jane (Wenker) Bergerson and later married E. Renee (Harris) on April 18, 2009 in Elkhart. She survives him at home.

Billings Funeral Home and Cremation Services of Elkhart will host Jerry’s homegoing services beginning with a gathering of family and friends on Friday, December 2, 2022 at 1:00 pm, followed by a celebration of Jerry’s life beginning at 2:00 pm. Burial will follow services at Prairie Street Cemetery, where the US Air Force Funeral Honor Guard and the Elkhart County Veterans’ Honors Detail will render military graveside services.

Jerry spent 20 years in the US Air Force serving at Laughlin AFB in Texas as a Technical Sergeant in aircraft mechanics and operations. Once out of the service, he went on to spend several more decades employed at E.H. Blessing Band Instruments and Plumrose Meats in Elkhart before finally retiring for good.

Jerry will be best remembered as being relaxed, laid back, cool as a cucumber and one of the best story tellers this side of the Mississippi river. He loved to be around people, and it showed, and as a result, people just always seemed to gravitate towards Jerry. He loved having kids around; whether they were his own or somebody else’s, he didn’t care. He just loved the simple and straight forward interactions he had with kids and was even known to take it as far as getting down on all fours and playing “Barbie” with his daughters.

In earlier years, Jerry attended the old Elkhart Church of God on CR 4, where he was very active; he loved to go RV camping at the Yogi Bear Campgrounds in Pierceton, IN and always looked forward to travelling to Alabama each year to visit with Renee’s family and attending the “Hicks Family Reunion” there. He was also somewhat of a motorcycle enthusiast and enjoyed riding along with his ABATE pals.

All in all, Jerry was a proud man who believed in what he stood for: his family, his country and his God. Although Jerry was one of the best kidders and jokesters around, he would not hesitate to stand his ground over something that he vehemently believed in.

Friends and family wishing to make a donation in Jerry’s memory may do so by donating to the charity of one’s choice. Additionally, please be sure to thoroughly browse Jerry’s obit page, as you are able to leave condolences and memories, post photographs on his memory wall, and order other funerary items in regard to the family.

To send flowers to the family or plant a tree in memory of TSGT Jerold "Jerry" Eugene Bergerson, USAF, Retired, please visit our floral store. 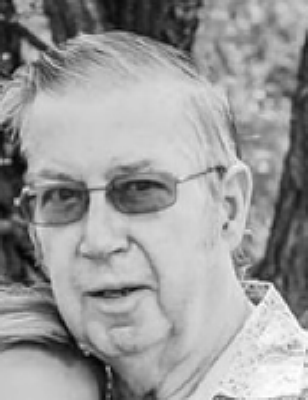