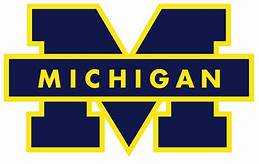 Stewart was born on July 7, 1952 in Niles, Michigan to Gerald and Beverley (Stewart) Peters. He married his loving wife, Theresa K. (Hawkins) Peters on July 10, 1970 in Edwardsburg, MI.

He is preceded in death by his parents, Gerald and Beverley and grandson, Jaxcin Williams.

Stu graduated from Edwardsburg High School Class of 1971. He was a star football player with the Eddies, he also played basketball and track and field for the Eddies. After graduation he went on to play semi-pro football. Stu retired from American Axle.

Stu "Bubba" was a die hard fan of the University of Michigan "Go Blue!" Detroit Lions, Detroit Tigers, and Detroit Red Wings. He was a big sports fan in general. He also loved to travel to warm places. Stu and Terri would go on cruises frequently. He enjoyed building along side with his father several stock cars including EZ-1 and #33 to which he would race regionally. Stu liked both attending and watching Nascar. He was truly the life of the party! Above all, he loved spending time with his family.

Stu was a “people person” to him, no one was a stranger. He was social by nature and everyone knew him from his smile. He was a model family man and will be greatly missed.

Funeral services will be held on Saturday May 9, 2020 at 11:00 am. with Mr. Gene Harding officiating. Burial at Adamsville Cemetery, Edwardsburg, MI. will be held till a later date.

Both visitations will be open to the public, family, and friends. Funeral services are reserved for families.

Those wishing to share a memory or express condolences may do so at www.billingsfuneralhome.com

To send flowers to the family or plant a tree in memory of Stewart "Stu" G. Peters, please visit our floral store.