Elkhart, IN – Stanley Wayne “Stan” Rupnow, 80, of Elkhart, died peacefully at home with his wife by his side on Friday, January 13, 2023. Stan was born on February 12, 1942, in Kendallville, IN, to Frank and Juanita (Canfield) Rupnow. While attending Ball State University, he met and married the love of his life, Linda Porter. Over the course of 59 years and many life experiences, Stan and Linda served as the wind beneath one another’s wings.

In addition to his wife, Stan is survived by three daughters, Renee’ (Danny Jr.) Cocanower, Jenifer Rupnow, and Jacqueline Axelrod - all of Elkhart. Grandchildren include Geoff (Tara) Cocanower, Nick (Gina) Cocanower, Emily (Willis Roberts) Roberts, Abigail (Mario Serna) Roberts, Elizabeth (Josh Lyon) Mulcahey, and Rylie Axelrod. Stan also has six great- grandchildren and another due in February. He is also survived by one brother, Ron (Julie) Rupnow of Fort Wayne, sister-in-law Donna Longest of Lafayette, three nephews and a niece. Stan was preceded in death by his parents, Frank and Juanita Rupnow, and brother, Stephen.

Stan was a graduate of Fort Wayne South Side High School and Ball State University. While a young man, he experienced rheumatic fever that led to two impacts - his heart was weaker than most, and he experienced remote learning before most did, as a speaker in the classroom afforded him the opportunity to learn from home while recovering. At Ball State, Stan earned a bachelor’s degree in business (accounting) and became a certified public accountant. After marrying, Stan and Linda moved to New York and Stan worked for Coopers and Lybrand. There they gave birth to daughter Renee.’ Later, they transferred to Grand Rapids, Michigan, to continue his work for the same company. Daughter Jeni was born in Grand Rapids. When another vocational opportunity presented itself, the Rupnows settled in Elkhart where Stan worked for Skyline Corporation as controller. Following the parenting pattern, youngest daughter Jacque was born.

The entrepreneurship itch led Stan to some impactful opportunities. Stan and Linda owned and operated Pinnacle Van Conversions for a short time, before eventually choosing to purchase Matzke Florist in 1985. Many in the community recognize the special window displays - none of which Stan was responsible for as his expertise was aimed at the business side of the organization. Between the van conversion business and the purchase of Matzke’s, he was employed at Geocel Corporation and Todd Associates in commercial real estate and appraisals. Stan was also interested in local investments which led to he and Linda’s involvement in an investment group that ultimately helped begin the development of the Linway Cinema in Goshen, IN, in 1994.

Work wasn’t the only thing that was important to Stan. He spent much of his time involved in service clubs and community involvement. In addition to being a 32° Scottish Rite Mason, he was a member of the Elkhart Jaycees, the Elks Lodge #425, and the Elkhart Lions Club. As a Jaycee, he enjoyed attending events with other clubs and exchanging pins all while meeting and serving with those club members. As an Elkhart Lion, Stan and his wife participated in trips to Mexico to provide eyeglasses to members of those communities - one time even working to deliver an ambulance. As a business owner, Stan also participated in the Elkhart Chamber of Commerce SCORE program - helping individuals also interested in entrepreneurship develop a business plan and launch their dreams. His more recent impactful community outreach included being a birthday and anniversary “cheer caller” for Faith United Methodist church. This involved calling church members on their birthday and anniversary and wishing them well. It is important to note that Stan was known to be rather persistent with these calls - he did not like to leave a message - he wanted to talk to the person, sometimes engaging him or her in conversation as well as birthday or anniversary wishes. Living in a caller ID world, he even asked for his phone number to be published in the church bulletin so members would know who was calling him. While he wasn’t a minister like his grandfather had been, he took this ministry very seriously and thoroughly enjoyed it.

Stan’s numerous hobbies have included camping, fishing, golf, bowling, crosswords, reading, and watching sports and NASCAR on television. Camping involved local locations, Northern Michigan, and excursions to the west. Fishing expeditions included the great lakes as well as local lakes like Tippecanoe. While a member of Bent Oak, Stan was a regular league player, but he also enjoyed golfing in North and South Carolina with Linda and other dear friends. As grandchildren arrived, Grandpa Stan taught all of them how to golf. In his younger years, he participated in two bowling leagues at Oakland Lanes and Country Club Lanes. While lots of sports are entertaining, Stan’s favorites included NCAA women’s basketball - especially Notre Dame. Since he “controlled” the TV remote, he was also known to flip over to NASCAR races. In the quiet morning hours, he enjoyed solving crossword puzzles and reading. His favorite treats included black licorice and jelly beans, and Good and Plenty.

Before wintering in Arizona, Stan and Linda enjoyed traveling to the Destin, Florida area to enjoy the sun and sand. While in Arizona, they enjoyed sunny car trips through the Arizona desert with the convertible top down. He will not miss the Indiana winter ‘“permacloud.” When one asked how Stan was doing on a particular day, he would be known to say “Not too bad for a youngster, tremendous for someone my age.”

As one can see, Stan leaves a legacy for his family and community. He will be greatly missed.

Friends may call from 6-8 p.m. Wednesday, January 18, 2023 at Billings Funeral Home, 812 Baldwin St. Elkhart. Services celebrating the life of Stan Rupnow will begin at 1:00 p.m. Thursday, with an additional 1 hour of visitation prior on January 19, 2023 at Faith United Methodist Church, 22045 CR 18, Goshen, IN 46528. Reverend John Hogsett will officiate and burial will follow at Rice Cemetery. Memorials are kindly requested in Stan’s name to the Elkhart Lions Club. Condolences may be made online at www.billingsfuneralhome.com

To send flowers to the family or plant a tree in memory of Stanley "Stan" Wayne Rupnow, please visit our floral store. 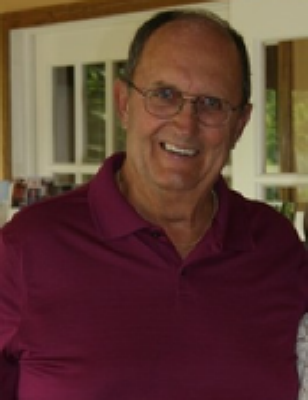