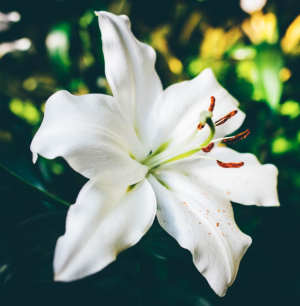 Rosemary R. Miller, 70, of Union, MI, passed away on Monday, May 2, 2022, at Elkhart General Hospital. She was born in Bronx, New York to the late Michael and Lillian (Balle) Reseter.

Family and friends are called to gather for a visitation on Thursday, May 5, 2022, from 11 a.m. to 1 p.m. at Tri Lakes Community Church, 50755 Co Rd 23, Bristol, IN 46507. A service will follow at 1:00 p.m. at the Church with Pastor Doreen Mast officiating. Burial will take place at Little Pine Cemetery in Goshen immediately following the service. Billings Funeral Home was entrusted to care for Rosemary’s services.

Rosemary was a caring and kind woman who lived up to her namesake as she was a “miracle baby” and a blessing to her devout Catholic parents at the time of her birth. Born a premature infant, at 3.1 lbs., she surpassed her mother and father’s expectations as she became a healthy and beautiful woman. Rosemary married the love of her life, Victor Miller, in October of 1969 and later gave birth to four wonderful children. Together they would spend most of their days as a family going to the Warren Dunes, visiting with one another over dinner, and having fantastic cookouts during the summer. Rosemary was a hard worker and worked briefly as an accountant. She would later go on to work at several retail stores such as K-Mart, Target, and 7/11, where she was the owner and assistant manager for one local location. You could take Rosemary out of New York, but you could never take the New Yorker out of Rosemary as she has a witty sense of humor. She was also a talented singer and musician and would often lend her talents to local churches that she and her family attended. Rosemary will be greatly missed by all who knew her, especially by her loving family.

To send flowers to the family or plant a tree in memory of Rosemary R. Miller, please visit our floral store.