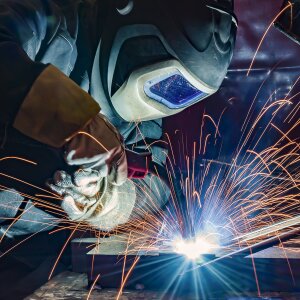 Mr. Ronnie Joseph Boothe, 47, of Elkhart, passed away in the emergency department at Elkhart General Hospital following a sudden illness. He was born on March 5, 1974 in Chicago to the loving union of the late Marvin Boothe, Sr. and to Mrs. Barbara (Van Horne) Boothe Wilson of Grant Park, IL, the oldest of four children. On July 5, 2003, he married his darling wife Dionna K. Mott in Elkhart, and she survives him at home. They would have completed a loving 18 years together next month.

Billings Funeral Home and Cremation Services of Elkhart is hosting a memorial celebration of life service for Ronnie on Friday, June 18, 2021 at 11:00 am, with visitation beginning at 10:00 am. In accordance with Ronnie’s wishes, cremation has taken place.

Ronnie graduated Elkhart Central High School with the Class of 1991 and then graduated from Seminole Community College in Orlando, Florida in 1992. He was a welder for many years at Thor Motor Coaches of Elkhart, but at home he was the consummate father, son, husband, dad and uncle who loved his wife, kids and family dearly and enjoyed activities like getting everyone together for no particular reason just to grill out, travelling and taking everyone camping. He was also a talented “fixer-upper” and took great pride in being his family’s provider.

Most would say that Ronnie had a heart of gold, and that he was blessed with an extraordinary amount of love, compassion and forgiveness. He did not point fingers, nor did he hold grudges; rather, his cool levelheadedness and deep love for others made Ronnie successful at simply bringing out the best in people. He would help anyone with anything, and he seemed to light folks up with that special way about him that he had.

Memorials may be given to the family.

To send flowers to the family or plant a tree in memory of Ronnie Joseph Boothe, please visit our floral store.

You can still show your support by sending flowers directly to the family, or by planting a memorial tree in the memory of Ronnie Joseph Boothe
Share a memory
© 2021 Billings Funeral Home. All Rights Reserved. Funeral Home website by CFS & TA | Terms of Use | Privacy Policy