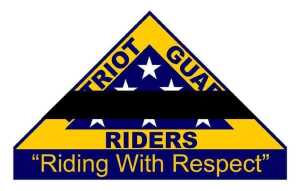 Mr. Robert Wayne “Bob” Newton, 69, proud patriot and U.S. Navy veteran from Edwardsburg, MI, passed away peacefully at St. Joseph Regional Medical Facility in Mishawaka on Tuesday, December 29, 2020 at 7:38 pm. He was born in Elkhart on October 22, 1951 to Wayne (Nola) Newton and Betty Shaver, both of Elkhart, and then married Susan Wolschlager on November 22, 1975. She passed away in 1984.

In accordance with Bob’s wishes, cremation is to take place and a private memorial service is to follow at Faith United Methodist Church, Goshen, on Friday, January 8, 2020. The Reverend John Hogsett will officiate, and burial will follow at Rice Cemetery in Elkhart with full military honors rendered by the US Navy Funeral Honor guard, Elkhart DAV #19 and the Northern Indiana Patriot Guard.

Bob was a 1970 graduate of Concord High School and went on to serve honorably in the US Navy aboard the USS Saratoga during Vietnam; landing, departing and stowing incoming and out-bound aircraft as a “Plane Captain”. He was an accomplished welder at Elkhart Hitch Shop in Elkhart, but his heart belonged to his Patriot Guard family. He served in Indiana and in Michigan and sat on the Patriot Guard Board of Directors, as well as standing countless hours in all types of weather in honor of his fallen comrades. He was also a reserve law enforcement officer for the Ontwa Township Police Department and the Cass County Sheriff’s Department and served as a firearms instructor. Bob will be best remembered as a fierce patriot, a die-hard friend, proud Navy veteran, staunch Republican and will continue to vote Republican!

Memorial donations may be given to the Northern Indiana Patriot Guard in Bob’s honor. Thank you for your interest in Bob’s life story.

To send flowers to the family or plant a tree in memory of Robert Wayne "Bob" Newton, please visit our floral store.

You can still show your support by sending flowers directly to the family, or by planting a memorial tree in the memory of Robert Wayne "Bob" Newton
Share a memory
© 2021 Billings Funeral Home. All Rights Reserved. Funeral Home website by CFS & TA | Terms of Use | Privacy Policy