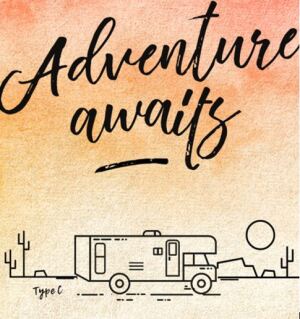 Mr. Richard O. Davidhizar, 85, of Elkhart, passed away peacefully at Elkhart General Hospital on Tuesday, January 5, 2021 at 1:58 am. He was born in Elkhart County on February 28, 1935 to the late Oscar W. and Hazel Belle (Wisler) Davidhizar.

Surviving are his daughters Cheryl L. (Todd) Knoblock of Elkhart and Laura D. Davidhizar of Bristol; granddaughter Stephanie (Clayton) Shanholt of Middlebury and 2 great grandchildren, Avery and Evan Shanholt. Additionally, Richard is also survived by a host of loving extended family, friends, people who liked to call him “Twitchy” and his buddies down at Callahan’s, Lucky’s Donuts and Hot Dog Eddie’s,  all of Elkhart.  Richard’s wife Lois (they were married June 8, 1958) along with brothers Harold, Charles, James, Glen, Carl and Oscar Davidhizar and sisters Helen Kauffman, Florence Baumgarten, Mildred Swihart, Pauline McGaffey and Charlene Stillson precede Richard in death.

In accordance with Richard’s wishes, cremation is to take place with the assistance of Billings Funeral Home and Cremation Services of Elkhart. No immediate services have been scheduled at this time.

Richard worked in the RV industry for around 30 years, ultimately winding up delivering motorhomes for ABC Motor Homes Alaska across country. He also delivered the Elkhart Truth and the South Bend Tribune newspapers in a motor carrier’s route; also for around 30 years. Additionally, he served several years on the Union (MI) Fire Department and Ambulance Service, now known as SEPSA Fire Authority.

Richard was also the consummate jokester and reveled at any opportunity to make some laugh or to snort up their coffee. Silly, carefree, and snarky, Richard was always “johnny-on-the-spot” with the perfect one-liner or joke to lighten up any situation. He was also one to never sit still, always busying himself with landscaping and keeping his bird feeders full. He also had a special relationship with his eldest great grandson Avery, whom he took everywhere. It seemed that nothing impressed Avery more than “GG’s” ability to find the best little restaurants day after day after day. Every day with GG was an adventure waiting to happen, and both grandsons loved the time they spent with him.

Richard also loved road trips and was usually up for any adventure with little to no coaxing. He loved to drive and to be “on the road”, even travelling to Alaska twice with his daughter Cheryl. It also wasn’t uncommon for Richard to drive over to the Elkhart and South Bend Airports to watch the planes come and go. He cherished every moment of his life and lived it to the fullest.

To send flowers to the family or plant a tree in memory of Richard O. Davidhizar, please visit our floral store.

You can still show your support by sending flowers directly to the family, or by planting a memorial tree in the memory of Richard O. Davidhizar
Share a memory
© 2021 Billings Funeral Home. All Rights Reserved. Funeral Home website by CFS & TA | Terms of Use | Privacy Policy