Share a memory
Life Story & Services
Tribute Wall
Read more about the life story of Paul and share your memory.

Paul August Voegtler, 90, formerly of Delton, MI, went Home to his Lord and Savior, Jesus Christ on Tuesday, January 17, 2023 at North Woods Village in Mishawaka, IN.

He is preceded in death by his late wife and mother of his daughters, Caroline Senegal; parents, August and Mae and his sister, Mary Edna Futchik.

Paul valiantly served his country in the U.S. Navy during the Korean War. He was a radio operator earning the National Defense Service Medal, Good Conduct Medal and Navy Occupation Service Medal.

In his working years, Paul taught government, history and archeology in the Royal Oak, MI school system for 33 years, retiring in 1997. Upon marrying Diane, he moved to the Western side of Michigan. He was also a volunteer teacher at Barry County Christian School for a brief time.

Paul lived his life for Jesus since asking Him into his heart on November 21, 1955. He served his Savior in many ways, especially seeing to the needs of the poor. Paul and Diane are members of the Grace Bible Church of Elkhart.

Paul travelled much and especially to Europe, Egypt and Israel. He was a ham radio enthusiast connecting with other hobbyists and forming many friendships.

Paul gave his life to Christ always giving to those in need. He lived his life according to the written word and continued to do so until his last breath.

Paul will be missed for his glowing smile and caring demeanor.

Burial with full military honors will be held at a later date in Ft. Custer National Cemetery in Augusta, MI.

Paul’s family would like to give a special thanks to Traditions Hospice for their love and support during a challenging time, their church family at Grace Bible Church in Elkhart and the staff at North Woods Village in Mishawaka.

In lieu of flowers, memorial contributions may be directed to Samaritan’s Purse at www.samaritanspurse.org.

For those that wish to send a condolence or share a memory may do so at www.billingsfuneralhome.com.

To send flowers to the family or plant a tree in memory of Paul August Voegtler, please visit our floral store.

Augusta, MI
Cremation has been chosen 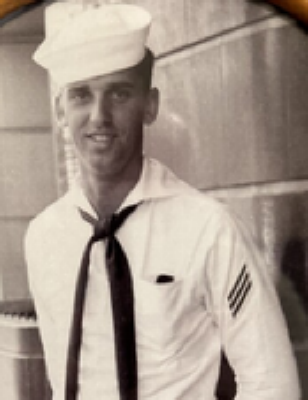