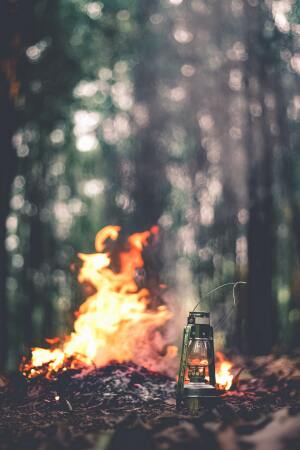 Mr. Michael Thomas “Mike” Ward, 68, of Elkhart, passed away peacefully at the Center for Hospice Care in Elkhart on Friday, July 17, 2020 at 11:20 am from complications following a fall while camping. He was born in Elkhart on January 10, 1952 and was the son of the late Richard and Patricia (Minichillo) Ward. On June 6, 1970, Mike married his childhood sweetheart, Elizabeth R. “Beth” (Wright) right out of high school. They had recently celebrated 50 loving and enriching years together, and she survives at home.

Billings Funeral Home and Cremation Services of Elkhart will host a memorial celebration of life for Mike and his family on Friday, July 24, 2020 at 5:00 pm, with visitation starting at 3 pm. Pastor Justin Moore of “That Church On The Rise” will officiate, and burial will follow at Carleton Cemetery in Elkhart during a private service to be held the following week. Cremation has taken place. Military Honors will be rendered Friday at the funeral home during the memorial by the US Army Funeral Honor Guard and Elkhart DAV Post #19. Please remember that county COVID-19 restrictions are in effect and dictate that facial coverings must be worn inside the funeral home at all times, and that no more than 50 individuals may occupy the building at any one time.

Mike left for the Army soon after his graduation and marriage to Beth. He served with the Third Infantry Division (“The Rock of the Marne”) as an infantryman and a door gunner in an Air Calvary Brigade. He served faithfully in Germany during the Vietnam war era, protecting allied assets from the Cold War encroachment of the Soviet military. He was honorably discharged seven years later, having achieved the rank of Sergeant.

Once Mike and Beth returned to the United States, they went on to build their home into the loving family and extended family that it is today. Mike doted over his wife and kids, and, over the years, will be best remembered for being a loving husband, partner, role model, dad, grandpa, BBQ chef, superman, fix-it person, problem solver, counselor, and best friend. Mike never knew a stranger, and absolutely loved to go out and “whoop it up” with his lovely Beth. They were members of Elkhart Moose #599, Elkhart DAV Post #19 and Bristol American Legion Post #143, and would always be seen together laughing, reminiscing and having a good time with their many, many friends. (It was rumored that he was quite the dancer in his earlier years.) He was also an avid camper and enjoyed spending time with the family at the Goshen Moose Campsite, loved to spend time in his garden and grow his tomatoes, and spent time with his terrier-mix best friend Sussie. Finally, it should be mentioned that Mike was a devout fan of the absolute best college football team in the history of the world, the Fighting Irish of Notre Dame; a fact often fiercely debated by Mike and his Wolverine-backing son-in-law, Chadd.

Family and friends are encouraged to browse the funeral home’s website, where one can share the obituary, leave condolences for the family, order flowers, get directions and more. Memorial donations in Mike’s memory may be given to any Moose Lodge, DAV or American Legion.

To send flowers to the family or plant a tree in memory of Michael T. Ward, please visit our floral store.