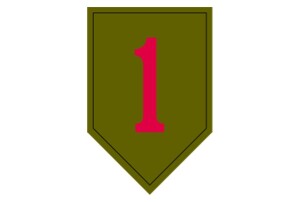 Mr. Michael Wayne “Mike” Stewart, 69, of Bristol, passed away peacefully at the Ann Arbor VA Hospital in Ann Arbor, Michigan on Friday, May 20, 2022 at 3:30 pm following an extended illness. He was born on July 8,1952 in Galion, Ohio to the late Leslie “Peck” and Hilda (Rawlins) Stewart, and later married Rose Marie Terry in Elkhart on July 5, 1974. She survives at home after nearly 48 years together.

Along with Rose, Mike is survived by his sons Michael S. (Dale) Stewart of Bristol and Todd A. Stewart of Michigan City; brother Merle (Judy) Stewart of Ohio; sisters Lynda (Paul) Hammer of South Bend and Chris (John) Dudek of Elkhart; in-laws Tina Stewart of South Bend and Jack Bowers of Michigan; a large and loving host of grandchildren, and one great granddaughter. He is also preceded in death by a brother, Gary Stewart, and a sister, Lorene Bowers.

In accordance with his wishes, Mike is to be cremated and the family plans to remember him during a Life Celebration at the Kum Mol Rie Shelter at Bonneyville Mill Park on Saturday, June 4, 2022 from 12-4 pm. Following that, Mike’s urn will then be transported to Ft. Custer National Cemetery, 15501 Dickman Road, Augusta, MI 49012, where he will be placed in a columbarium niche with full military honors on Wednesday, June 22, 2022 at 2:00 pm.  Billings Funeral Home and Cremation Services of Elkhart has been assisting the family with local arrangements.

Mike served as a specialist in the US Army’s First Infantry Division, stationed at Ft. Riley, Kansas. He went on to work many years in construction; specifically, on the preservation of concrete structures, including back when they reinforced and upgraded the Johnson Street Bridge here in town. He was a hard worker, no doubt; but he also put equal effort into his family, his friends and living life to its fullest.

Mike had always considered himself an outdoorsman and had been an avid hunter for many years. But, as age and aching ankles crept up on him, the allure of sun-filled days on a lake in a fishing boat got the best of him and casting a lure became a favorite pastime. That and golf. Even though Mike couldn’t get around much in the woods, a golf course was another thing and he would never pass an opportunity to go and burn up 9 or 18 holes at Raber if somebody asked or he was just in the mood. Then we all know that sometimes…, well, sometimes a feller just has to get out and clear his mind of all that built-up stress, and when fishing and golfing didn’t cut it, Mike hopped on his Harley and down the road he went. Mike’s Harley was, in fact, the most prized source of “Zen” that he had, and he and Rose simply loved taking long road trips to visit the Smokies in Tennessee.

One of Mike’s sons would say that everything he did was geared towards the family, and some of his best times were when everyone was together. He was deep into his element when he had the charcoal grill out, and his BBQ chicken and grilled steaks were real crowd pleasers whenever he had folks over to eat; although his daughter-in-law Dale would beg to differ about the steaks, because no one did them better than her! He was also a big Fox News aficionado and would often record episodes of Tucker Carlson or Neil Cavuto for his son, Mike, so they could watch together when he got home late. Besides Fox, he loved watching any type of reality survival program and Judge Judy. God forbid, if you received Judge Judy’s wrath on TV, Mike certainly had no tolerance for you either!

Finally, a special thanks should be given to one of Mike’s nieces, Lisa LaGrand, who took care of Mike in his later years. Her love and dedication kept Michael in good health for the most part and was very much appreciated.

Friends and family wishing to make a donation in Mike’s memory may do so by donating to the charity of one’s choice. Additionally, please be sure to thoroughly browse Mike’s obit page, as you are able to leave condolences and memories, post photographs on her memory wall, and order other funerary items in regard to the family.

To send flowers to the family or plant a tree in memory of Michael Wayne "Mike" Stewart, please visit our floral store.

A Memorial Tree was planted for Michael

You can still show your support by sending flowers directly to the family, or by planting a memorial tree in the memory of Michael Wayne "Mike" Stewart
Share a memory
© 2022 Billings Funeral Home. All Rights Reserved. Funeral Home website by CFS & TA | Terms of Use | Privacy Policy | Accessibility