Share a memory
Life Story & Services
Tribute Wall
Read more about the life story of Michael and share your memory. 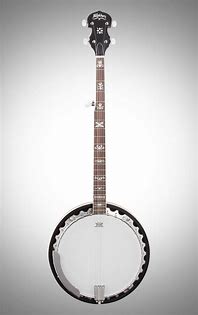 Mr. Michael Scott “Mike” Grant, 44, of Elkhart, passed away on Saturday, November 26, 2022 at 4:21 am from injuries received in an auto accident on County Road 4 around the same time. He was born in Elkhart on December 20,1977, to the late Richard Grant and Cathy Jo (Stacy) Paulus, and later married his long-time sweetheart, Tara D. (Large) in January of 2005, after having been a couple since 1999. Tara survives at home after 24 wonderful years together.

Also surviving Mikey is his son, Dakota Grant, of Elkhart; his daughters Katherine J. “Katie-Jo” (Jackson Goppert) Grant of New Paris and Mikayla (Christopher Corricelli) Grant of Mishawaka; brothers Gary Grant of Elkhart, Brian (Stacey) Grant of South Bend and Robert Ruse, Jr. of Nappanee; sisters Tina Grant of Elkhart and Lisa Truex of Park City, Kentucky; granddaughter Danielle Lynne Corricelli and bonus child Ashley Shafer of Elkhart. Additionally, he is survived by a host of loving extended family, close friends, good neighbors, his faithful dogs Grog the Huskey and Penelope the Doberman and, finally, Merlin the big, fat sassy black feline overlord who reigned (in his own mind) over the household. Along with his parents, Mike is preceded in death by a sister, Patricia Grant.

Pastors Arnie and Mindy Klahr of New Creation Fellowship Church, 30190 County Road 10, Granger, are honored to host Mikey’s memorial homegoing celebration on Friday, December 2, 2022 at 5:00 pm, with a time of fellowship and remembrance beginning at 4:00. In accordance with his wishes, Mikey has been cremated and will ultimately return home to his family. Billings Funeral Home and Cremation Services of Elkhart have been assisting Mike’s family with the cremation arrangements.

Due to a lifelong disability, Mike remained home as a stay-at-home dad. This arrangement, however, could not have worked out better for all involved as he and the children always had a close relationship with each other, and this time spent together only served to strengthen their mutual love. The children were the center of his life, and he’d do anything to see to it that they were happy and taken care of. He was also extremely mechanically inclined and could figure out most any piece of equipment or machinery. And speaking of figuring things out, Mikey had recently just randomly begun to teach himself how to play the banjo, of all things, and was actually quite good at it. While it’s not an earth shattering accomplishment in and of itself, it does illustrate Mike’s natural ability to just randomly pick up on something and run with it.

He and Tara were HUGE movie fans, and Mikey loved just about anything with Bruce Willis or Samuel L. Moth*******ng Jackson in it. He was also a huge video game aficionado and enjoyed the Final Fantasy series, as well as watching adult animation shows in the evening.

Finally, it should be known that Mikey was a talented and gifted cook who knew his way around the kitchen blindfolded. He LOVED to cook for others and would jump at the chance to have a reason to cook on a grand scale. His piece’ de resistance was his BBQ’ed ribs and they were usually the most requested item for him to cook at any family gathering. Between a combination of his secret bbq rub and his impeccable cooking timing, Mikey won friends just as fast as the bones could drop off his ribs!

All in all, Mikey was a beautiful, loving and outgoing fellow who brightened the hearts of everyone around him. Whether you knew him as Michael, Mike, or Mikey, you always knew you had a friend who would stand with you if need be. The world has lost a loving soul. We prefer to say that Heaven has gained one.

Friends and family wishing to make a donation in Mikey’s memory may do so by donating to the cause of one’s choice. Additionally, please be sure to thoroughly browse Mike’s obit page, as you are able to leave condolences and memories, post photographs on his memory wall, and order other funerary items in regard to the family.

“Listen to me, Morty. I know that new situations can be

intimidating. You’re lookin’ around and it’s all scary and

different, but y’know…meeting them head-on, charging

To send flowers to the family or plant a tree in memory of Michael Scott Grant, please visit our floral store. 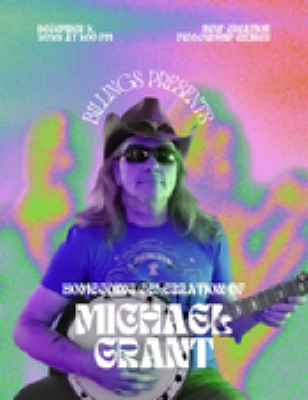