Share a memory
Life Story & Services
Tribute Wall
Read more about the life story of Jack and share your memory.

Mr. Jack Commons, 103, of Madison, Mississippi and formerly of Bristol, Indiana, passed away peacefully on Tuesday morning, January 17, 2023 at The Nichols Center, Madison, MS. Jack was born on September 29, 1919 in Elkhart, to the late Frank Q. and Sarah (Kreamer) Commons. He married his best friend and true love Elsie L. Beck on October 10, 1948 in Elkhart. Elsie passed away on July 11, 2007 after 58 years of marriage. Jack is survived by his son Ronald (Debbie) Commons of Madison, MS., and 2 grandchildren.

Jack worked as an industrial engineer. He formerly worked for Elkhart Brass and Clark Equipment Co. Jack had a full and interesting life. He lived with his son Ron and Debbie for many years and was always included in all the family functions and get togethers. He was an avid stamp collector.

Per his wishes, Jack will be cremated and will be buried next to his wife Elsie at Oakridge Cemetery in Bristol, at a later date. Natchez Trace Funeral Home of Madison, MS and Billings Funeral Home of Elkhart are assisting Jack’s family.

Condolences may be made online at www.billingsfuneralhome.com

To send flowers to the family or plant a tree in memory of Jack Commons, please visit our floral store. 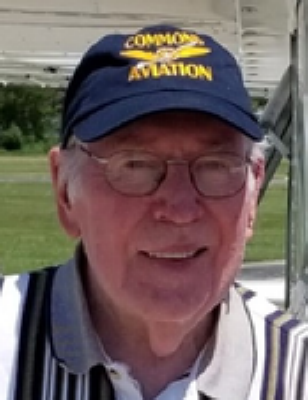