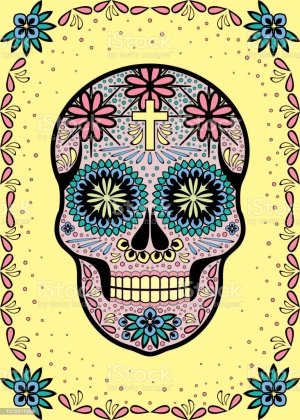 Also surviving Derek are his beautiful daughters Megan Dawe of South Bend, Monika Bishop of Mishawaka and Cloee Dawe of Osceola; his brother Sean Dawe of San Antonio, TX; grandchildren Willow Dawe and Kingston Malone, both of South Bend, his two faithful dogs Buddy and Blue; and a host of loving extended family, friends and co-workers.

In accordance with the family’s wishes, cremation is to take place with the assistance of Billings Funeral Home and Cremation Services of Elkhart. On Saturday, August 7, 2021, Derek’s family is hosting a memorial celebration of Derek’s life at the First Congregational United Church of Christ, 431 S. Third Street, Elkhart at 3:00 pm. Friends are then encouraged to continue Derek’s celebration at his home on County Road 4 following the service. Directions to the house may be obtained at the church celebration.

Derek worked in the RV industry for most of his adult life and was employed at Forest River at the time of his passing. However, his real love was with his family, and he cherished the times he was able to spend with them. He had a special trusting relationship with his mom, and he just couldn’t get enough of his two grandchildren. Generally speaking, anything that was a cause for the family to come together, well, Derek was all in.

Derek also loved the outdoors and would spend countless hours at the beach or on the water, especially at Lake of the Woods in Bremen, where he grew up and learned to water ski, a talent which followed him throughout his life. He also loved to shoot pool and was a HUGE Michigan Wolverine, Chicago White Sox, Chicago Bears and Green Bay Packers fan (yes, we understand…we’ll explain the last two in a minute…). He was also an avid collector of all types of skulls and skull artwork, as well as amassing quite a collection of body ink and art. Finally, it should be noted that he also considered Ford Mustangs as his “dream car” and he was fortunate enough to have recently purchased a snow-white 2021 model prior to his passing.

No matter what you thought of Derek, his beautiful warm smile and charming personality would instantly endear him to you. His altruistic personality saw to it that he helped others whenever he could, and his peaceful, patient and non-judgmental nature dominated the type of person that he was. Case in point would be the fact that he loved the Bears AND the Packers equally, and that NEVER happens. He even spread his love around to any college team that happened to be playing against the Fighting Irish. ( ok, so he was a LITTLE judgmental! ). Interestingly, though, was Derek’s unique affinity to collecting the natural form of the human skull. While many may see this as odd or macabre, one must realize that with a skull, it is impossible to tell that a person is a man or a woman; a heterosexual or homosexual; black or white, fat or thin; rich or poor; good or evil or religious or atheist. A skull reminds us that, deep down, we are all the same in the eyes of God, who looks at and judges our heart, not our outwardly appearance or habits. To Derek, all people had value and he lived that Christian philosophy the best he could.

Memorial donations may be given to the Humane Society of Elkhart County. Friends are encouraged to log on to Derek’s obit page to leave comments and memories that would be welcomed by the family.

To send flowers to the family or plant a tree in memory of Derek Kenneth Dawe, please visit our floral store.

You can still show your support by sending flowers directly to the family, or by planting a memorial tree in the memory of Derek Kenneth Dawe