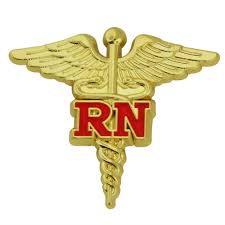 Besides Brad and her parents, Dawn is survived by her sisters Connie S. Troyer and Sherri E. (Steve) Beiler and her brother William K. (Pat) Haarer; all of Sarasota. Also surviving are 11 nieces and nephews.

Dawn’s family moved to Sarasota from Indiana in 1961, where she grew up with her three younger siblings. After graduating high school in 1974, she completed a nursing program at Manatee Junior College and later graduated from the University of Florida.

In her twenties, Dawn moved back to Indiana for a few years to renew childhood friendships with her cousins in the area. She met Brad while she was making plans to return to Sarasota. They became a couple, made a home and remained in Elkhart another 30 years.

Family gatherings with cousins were a frequent occurrence.  Dawn liked to supply the relish tray, which usually ended up being an all-day buffet.  After dinner, it was her delight to plan and provide creative activities to do with the children.

Dawn worked as a senior systems analyst at Beacon Health Systems where she worked for over 30 years. Many of her colleagues became good friends. The love and support she felt from them was a source of strength for her through these last months.

The family wishes to express their sincere gratitude to the staff at the Goshen Center for Cancer Care for the kindness and compassion shown to Dawn and Brad.

At Dawn’s request, services will be held privately. Those wishing to honor her life may do so by donating to the Faith Mission or to Church Community Services, both of Elkhart.

Billings Funeral Home and Cremation Services of Elkhart has been assisting the family.

To send flowers to the family or plant a tree in memory of Dawn Lynn (Haarer) Augspurger, please visit our floral store.