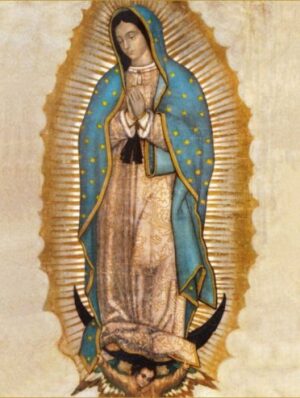 Daniel “Danny” D. Menchaca (Vela), 56, of Elkhart, passed away on Tuesday, May 3, 2022, at the Center for Hospice Care in Mishawaka surrounded by his loving family. He was born in Uvalde, TX on July 28, 1965, to the late Juan Vela and Carmen (Diaz) Vela, who survives him.

Danny is also survived by his daughter, Jenny Wilson; sisters, Monica (Manuel) Palacios and Angela (Eduardo) Lozano; brothers, Michael Vela and Robert (Karin) Hernandez; and several nieces and nephews who were like his children. He is preceded in death by his father and his nephew, Alejandro Palacios.

Family and friends are called to gather for visitation from 1-2:30 p.m. on Tuesday, May 10, 2022, at St. Vincent de Paul Catholic Church, 1108 S Main St, Elkhart, IN 46516. A rosary will be conducted at 2:30 p.m. with Mass to follow at 3:00 p.m. at the church. In accordance with Danny’s wishes, cremation will take place after his services at Billings Funeral Home, 812 Baldwin St. in Elkhart. He will be laid to rest at St. Vincent de Paul Cemetery at a later date. Memorial donations may be given to the Center For Hospice, 501 Comfort Pl, Mishawaka, IN 46545.

Danny was a caring, hardworking, humble, and “down to earth” man who would do anything to help anyone in need. He was always a friend to everyone and had never met a stranger. Danny was the fun uncle who enjoyed cracking a good joke and having a witty sense of humor no matter the situation or time of day. His nieces and nephews were spoiled by him, and he treated them as if they were his own children. Danny loved to work on cars and was a talented mechanic. He could often be found working on a car while listening to classic rock hits or Tejano music. Danny was best known for his famous chicken and BBQ meals that he would make for his family. His chicken was absolutely delicious! In his spare time, he would enjoy watching Chicago PD and especially Chicago Fire, he did his best to never miss an episode. Danny will be missed greatly by his loving family and many friends.

To send flowers to the family or plant a tree in memory of Daniel "Danny", please visit our floral store.