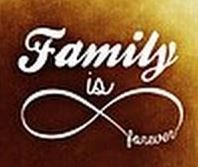 Allen was born on August 13, 1987 to Allen D. Roberts and Jane Walters in Elkhart, IN. He is preceded in death by his father, Allen Roberts, grandparents, Josephine and H. Wayne Roberts, Densil Walters, and Uncle Bobby Walters.

Allen is survived by his mother, Jane of Elkhart; sister, Peyton Roberts of Elkhart; brothers, Derek and Jeremy Roberts, both of South Bend; aunts, Pamela Walters of Mishawaka and Lisa Thompson of Elkhart; grandmother, Hazel Walters; and several cousins.

Allen graduated from Concord High School and he worked in road construction for most of his life. Allen was a gifted athlete and star baseball pitcher. He also played soccer as a youth.  He was always an avid reader especially crime novels and mysteries.

Allen was a known history buff. He was a very intelligent young man with an attention to detail. Allen had a big heart who’s smile was just as big and his eyes could light up a room.  He was very social and loved a good get together. Most of all, family was important to him and he will be greatly missed.

To send flowers to the family or plant a tree in memory of Allen D. Roberts II, please visit our floral store.